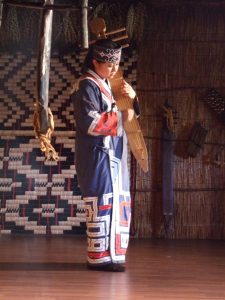 Ethnographic research is an approach to recording and analysis of a group of people that normally involves participant-observation as the primary method of research.  The research technique is closely associated with anthropology, which is the discipline in which it developed, but has become widely used in other areas of research, such a education, and even in marketing studies.

Within anthropology, ethnographic research traditionally focused on a deep study of a group of people who were treated as bounded and clearly identifiable through their shared cultural values.  Examples include Margaret Mead’s study of Soamoa and Ruth Benedict’s study of the Japan.  Modern ethnographic research often focus less on a presumed definable cultural group than it does on specific issues or aspects of life, such as T. W. Ward’s study of Salvadoran street gangs in Los Angeles or Karen Ho’s exploration into Wall Street and the culture of financial markets.

Some key features of ethnographic research are that it:

In ethnographic research, more than simply practicing observation, one tries to live the life of those being studied and become a member of the community to the extent possible.  The goal is to try to develop an empathetic understanding of the experiences of others while also trying to shed one’s own presuppositions and assumptions about what is normal and natural in human behavior.

There are at least two forms of ethnography: realist and critical.  In realist ethnography the research tries to accurately portray the lives of the group studied in great deal, emphasizing how cultural values shape behavior.  Often in this type of ethnography the research and the researcher stand somewhat apart from those being studied and the researcher takes a somewhat external perspective in describing and explaining behavior.  In this approach there is a strong emphasis on cultural relativism and the goal is to find the logic that motivates behavior without passing judgment on that behavior.

Critical ethnography is more pragmatic in orientation with the gaol of using ethnographic methods to  improve a situation that is seen as unjust by the research and/or his or her informants.  This approach does not simply involve the study and description of a group, but advocates on behalf of people who are perceived to be marginalized from mainstream society.

In all forms of ethnography, researchers try to identify and be sensitive to the differences between emic and etic perspectives on behavior.  The video below provides more detail on the ideas of emic and etc perspectives.